The Manhattan Project and the Oak Ridge Bus Tour

Shift change at the Y-12 plant at Oak Ridge in 1945 https://commons.wikimedia.org/wiki/File:Y12_shift_change.jpg

Since moving to Knoxville, the Manhattan Project has become more than interest and moved into a “hobby”.   It has all the elements of a compelling story: WWII, scientific discovery, human drama, conspiracy and ethical decisions. In high school we were taught that “the bomb” brought the end of the war and in college we debated if that was really true based on the historical evidence. You can spend a lot of time in that arena of thought, but that isn’t what gets my history “spidey senses” going.

What gets me – is that the government took over a small, remote farming community in Tennessee, brought in over 70,000 people from around the country, who worked around the clock (most of them without a clue what they were working on) and took a theory of something never done before and made it happen.  They were able to create something so significant, that it changes the course of global relations, all in under 3 years – and they did in secret!

So, you can actually take a tour of Oak Ridge which is still a Department of Energy facility. The American Museum of Science and Energy in Oak Ridge leads the bus tours with the cooperation of the DOE.  At the Oak Ridge National Lab (formerly X-10)  they do cutting edge research using things like the “Spallation Neutron Source” (don’t ask me what it does exactly) but it’s the most powerful one in the world and researchers from all over the world compete to be able to use the facilities. The Y-12 National Security Complex has a Visitors Center and small museum. And the last area of Oak Ridge is K-25, where they are completely demolishing the buildings to make the East Tennessee Technology Park Heritage Center.  There is quite a bit of security to get on campus and you are only taken to a few places, but what a unique opportunity to see where history like this happened. 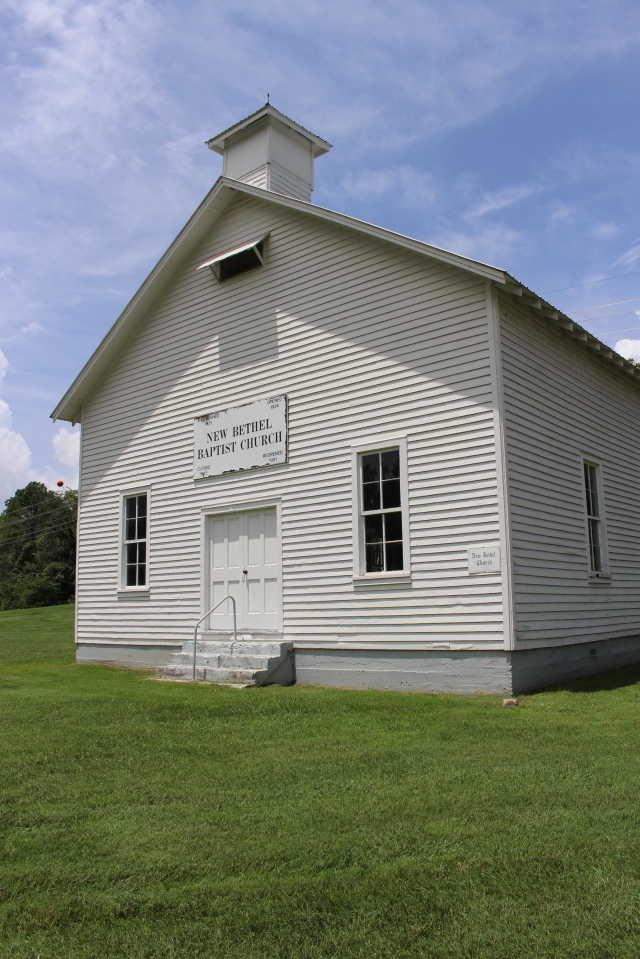 Bethel Valley Church
Strange sites like a church and graveyard serve as a reminder that there used to communities that lived here.  Property owners received a letter notifying them to vacate their businesses, homes and farms in just a few weeks with promise of reimbursement.  The former parishioners are allowed to still bury their family here. 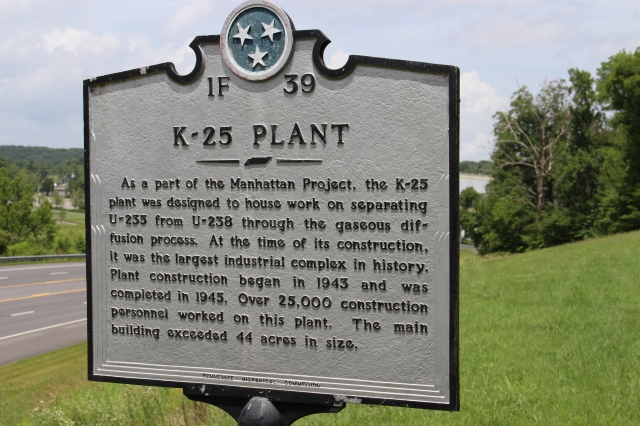 Genealogy Impact – Many of the people who work at “the lab” today, or live in the area, have family that worked on the Manhattan Project. Oh the stories they tell!  In the town of Oak Ridge where the people lived (they were bused to the factory sites where they would go through security), there are still houses and community buildings that are used today. To get an idea of what it must have been like from the woman’s point of view, I encourage you to read Girls of the Atomic City by Denise Kiernan (one of my favorite books of 2014).